ASCENSION OF THE LORD

One day a court jester said something so foolish that the king, handing him a staff, said to him, “Take this and keep it until you find a bigger fool than yourself.”

Some years later the king was very ill and lay on his deathbed. The king, addressing those gathered around his bed, said, “I am about to leave you. I am going on a very long journey, and I shall not return to this place; so I have called you to say goodbye.”

Then the jester stepped forward and addressed the king, saying, “Your majesty, may I ask you a question? When you journeyed abroad visiting your people, staying with your nobles, or paying diplomatic visits to other kings, your heralds and servants always went before you making preparations for you. May I ask what preparations your majesty has made for this journey you are about to take?”

”Alas,” he said, “I have made no preparations.”

”Then,” said the jester, “Take this staff with you, for now I have found a bigger fool than myself.” (Paul J. Wharton, Stories and Parables for Preachers and Teachers.  “Preparing for Death” p. 67).

Christians are not foolish

Today the Church celebrates the Feast of the Ascension.  The celebration of the Ascension of the Lord is a celebration of our hope. Christians are not foolish people. We are people of hope. We live by faith. Our Christian life is a preparation for our journey into eternity. Christians are indistinguishable from other people in the world, but we see things in the world differently. The Letter to Dognetus describes the life of Christians: “Any country can be their homeland, but for them their homeland, wherever it may be, is a foreign country. They live in the flesh, but they are not governed by the desires of the flesh. They pass their days upon earth, but they are citizens of heaven. Christians are found in all the cities of the world, but cannot be identified with the world. The soul, though immortal, has a mortal dwelling place; and Christians also live for a time amidst perishable things, while awaiting the freedom from change and decay that will be theirs in heaven.” (Office of Readings, Wednesday, 5th Week of Easter).

The Church prays today, God our Father, make us joyful in the Ascension of your Son Jesus Christ. May we follow him into the new creation, for his ascension is our glory and our hope.”

Ascension is not a farewell of Jesus to his disciples. When we say farewell to somebody, it means that we will probably never see that person again. Ascension is rather a goodbye. Saying goodbye implies that we will see each other again. It implies that “I will see you next time.” We say goodbye when the celebration or the meeting is over. We say goodbye when we have to leave or to send our loved ones away on a trip or a change of location. We say goodbye when we have completed a mission entrusted to us. On the Feast of Ascension, Jesus was saying goodbye to his followers. His mission on earth, assigned to Him by his Father, had been accomplished. It was time for him to leave. But his leaving was not permanent. He will return. St. Luke reports in the Gospel that Jesus parted from them and was taken up to heaven. But while the disciples were looking intently at the sky as Jesus was going, the two men dressed in while garments told them that “This Jesus who has been taken up from you into heaven will return in the same way as you have seen him going into heaven” (ACTS 1:11). It is clear that Jesus will be returning. Jesus came into the world the first time to show us the way to salvation. He will return the second time to welcome all his followers into heaven with him. The question is: Who will be taken to heaven with him and who will not?

We are preparing for the transition to use the new translation of the Roman Missal for the English speaking countries. One significant change is noticed in the Institution narrative of the Eucharistic Prayer. The current translation says, “Take this, all of you, and drink from it: this is the cup of my blood, the blood of the new and everlasting covenant. It will be shed for you and for all so that sins may be forgiven.”

In the new translation, it says, “Take this, all of you, and drink from it, for this is the chalice of my Blood, the Blood of the new and eternal covenant, which will be poured out for you and for many for the forgiveness of sins.”

The change is from “the shedding of Jesus’ blood for you and for all” to “for you and for many for the forgiveness of sins.” This means that Jesus shed his blood for the whole world, but not all people will be benefited from his self-sacrifice, because many do not want to accept Him as their savior. Thus, before leaving for heaven, Jesus said to his disciples that they must tell the whole world about him. “That repentance, for the forgiveness of sins, would be preached in his name to all the nations” (Lk 24:47). This forgiveness of sins and the eternal reward can only happen through Jesus Christ. “For God so loved the world that he gave his only Son, so that everyone who believes in him might not perish but might have eternal life” (Jn 3:16). Jesus also affirms that He is the light of the world. Whoever follows him will not walk in darkness, but will have the light of life (Jn 8:12). Sadly, “The light came into the world, but people preferred darkness to light, because their works were evil” (Jn 3:19).

Christians are people of hope. Our hope is not for the rewards in this world, but the rewards of eternal life in heaven with God. We have this hope because we have faith in Jesus. This faith helps us to see and understand the meanings and purpose of our lives. In the same way, Jesus is affirming our faith as he has affirmed the faith of his disciples, “You are witnesses of these things.” We are witnessing for Jesus by the way we live our lives.

A little boy was waiting for his mother to come out of the grocery Store.
As he waited, he was approached by a man who asked, “Son, can you tell me where the Post Office is?”

The little boy replied, “Sure! Just go straight down this street a couple blocks and turn to your right.”

The man thanked the boy kindly and said, “I'm the new pastor in town.  I'd like you to come to church on Sunday.  I'll show you how to get to Heaven.”

The little boy replied with a chuckle. “Awww, come on... Mr. You don't even know the way to the Post Office.”

Shelly, a 17 years old from Seabrook, Texas shares her reflection: “It’s hard as a teenage to understand fully what being a witness means, but it’s always easier to live out your faith after you’ve witnessed a miracle, or heard about some amazing story that’s attributed to Jesus. Many of my friends have had experiences on retreats that I don’t understand. My sister has rested in the Spirit while in adoration multiple times, each time having a conversation directly with Him. I’ve seen that happen. One friend has seen the Eucharist bleed down the altar. I was with him when that happened, and saw nothing. It leaves me to wonder why He hasn’t given me some great experience to testify to, but He has. His Son’s death and Resurrection is a huge one! And then witnessing my peers’ experiences, makes me believe (without seeing what they saw) even more that it’s not about what you see; it’s about taking what you know (believe) and living it to the fullest. Always praise Him because He can be seen in everyday life if you just look for Him.” (Life Teen Liturgy Planning Guide, May 13, 2010). 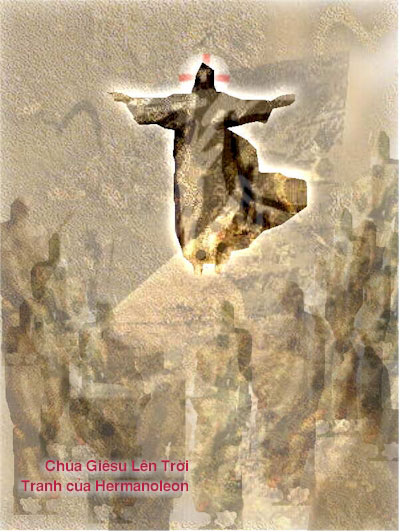