HOW FAR ARE YOU WILLING TO GO?

The pastor was looking over the creche the day after Christmas when he noticed that the baby Jesus was missing. He went outside and saw a little boy pulling a new red wagon. In the wagon was the baby Jesus. We walked up to the boy and said, “Hi, there. Where did you get the baby Jesus?”
The boy answered honestly, “In the church.”
“Why did you take him?” the pastor asked.
“Well,” said the boy, “I prayed to the Lord Jesus and asked him for a wagon for Christmas. I told Him that if He gave me one, I'd take Him for a ride in it.”

About ten days before Christmas, I went to the post office to send a package to the nuns in Colombia. There was a long line waiting at the counter. Many people were there to send Christmas gifts to their friends and loved ones. I had no choice but to wait in line. I took me a long time to get to the clerk. Then three days after Christmas, I stopped by the post office again to get some stamps, there was no one waiting in line. Christmas was over and there was no more gift sending. I also went to Best Buy and Fry’s Electronics stores, there were not so many people shopping, but there was a long line at the customer service counter for returned or exchanged items.

For the commercial markets, Christmas was over the day after. There was a sense of depress and emptiness the days after Christmas. Unwanted gifts are being returned. Christmas lights are being turned off. Christmas trees are taken down. Gift boxes and gift wrappers are being thrown away. It is over!

But for the Church and for us, there is always a sense of a new beginning. We have received a number of generous donations after Christmas and the New Year. I want to thank all of you for your generosity in supporting of the parish. God’s love and the light of Christ continue to shine.  Today we celebrate the feast of the Epiphany of the Lord.  Epiphany means the manifestation of God to all the nations.

God manifests himself to humble people and in a humble fashion: Jesus was born as a human baby boy completely dependant on his parents. He was a Son of Mary and Joseph who were humble people of Nazareth. He was born not in an earthly royal palace, or a big and comfortable hospital room, but in a stable where shepherds and animal stayed. He was not put on a warm comfortable bed, but in a manger. He came into the world not welcomed by worldly kings and queens, princes and nobles, priests and Pharisees, but by the shepherds and the animals out in the field. It was not the chosen Jews who came to worship Him, but the strangers from the Far East. There are many lessons we can learn from today's celebration.

First we look at the Magi. We have heard about the magi or the three men from the east. They were teachers or kings, philosophers or sages - nobody really knows. One thing we do know: when they saw the star, they decided to follow it, to interrupt their routine, to stop whatever they had been doing, to risk something new. They climbed over the edge of their existence and followed that star. Some says they were three kings, or three astrologers, or three wise men. It is proper to call them wise men. They are wise because they had knowledge of the Jewish scriptures and they studied the heavenly bodies. When they saw the new star, they recognized it was the indication of a new life, a new king, a new ruler, a special new child, and they set out to look for him. They asked the Jewish officials in Jerusalem, “Where is the new-born King of the Jews?” Notwithstanding all the risk, they made a quest for God. They faithfully followed the guidance of the star, and they found Him.

What are you looking for in life?
And what star are you following to help you get what you are looking for?

We do not have to look for Jesus but we need to accept Him. He is already revealed to us. Jesus is the Messiah. Jesus is the Son of God. Jesus is our Savior, and He is Savior of the world. We, Catholics, are also called wise people because we have accepted Jesus and are following him, the divine star, leading us to God. He is the star, the way, the truth and the life. The foolish are busy seeking other gods of this world. In addition, those three wise men were very humble. They followed guidance. They were men of knowledge, but they did not just believe in their own knowledge. They also trusted in the supernatural power. They saw a star and they followed it. As a result of their humble acceptance of guidance, they reached the Christ-child. They found the Savior.

So it is important for us to believe in the supernatural power of God. We cannot and should not just believe in science, in what we can see and touch. There is more than just the seeing and touching world. And when those wise men entered the place, they worshiped the King. They were scholarly people and also very wealthy, but they spent their time searching for Christ. And when they found him, they prostrated themselves to worship Him.

There are two kinds of worship. The false worship is based upon insincerity. Herod’s words reflected this false worship. He told the wise men 'that I too may come and worship him (v. 8), but it was a lie. He felt threat by the new-born king of the Jews. And out of this fear, Herod wanted to know where the new King was born in order to get rid of him. The three wise men actions reflected true worship. They sincerely searched out the new-born king of the Jews. When they found him, “They fell down and worshiped him (v. 11). They offered him valuable gifts. Worshiping and offering valuable gifts meant to subject themselves to the new-born King. And knowing that they could no longer cooperate with evil in the world, either directly or indirectly,  ”They departed to their own country by another way.” They refused to cooperate with Herod’s evil plot. Before accepting Christ, we too go our own way in life. Once we bow down in worship before Christ, life is never the same again. Christ makes a difference in our lives.

Following the Republican presidential primary, I was impressed with Senator Rick Santorum’s courage and conviction on his conservatism. In 1996 the Senate was debating whether to ban partial-birth abortion, the procedure whereby the baby to be killed is almost delivered, feet first, until only a few inches of its skull remain in the birth canal, and then the skull is punctured, emptied and collapsed. Santorum asked two pro-choice senators opposed the ban, “Suppose the baby slips out of the birth canal before it can be killed. Should killing it even then be a permissible choice?” Neither senator would say no. Last week in New Hampshire, facing challenge from supporters of same sex marriage,  Santorum summed up his position this way: “God made man and woman, and men and women come together to have a union to produce children, which keeps civilization going and provides the best environment for children to be raised.” His remark was greeted with a chorus of boos from the group, but Santorum stands on his ground.

How far are you willing to go for God? Jesus was quite at peace as long as he was quietly living under the care of his homeless parents. The day of the Epiphany, the manifestation, people found out that he was the new-born king, the world turned against him. They sought his life. Thirty years quietly living in Nazareth with his parents were peaceful years. Once he began public life and revealed his true divine identity and his mission, the world rejected him and consequently killed him! That is also true with every Christian. Once we start seriously living our Christian life and following Christ, the world will hate us; it will reject us! Like the little boy taking Jesus for a ride in his wagon, Jesus also wants us to take Him for a ride in the wagon of our life in the world.

How far are you willing to go for God? 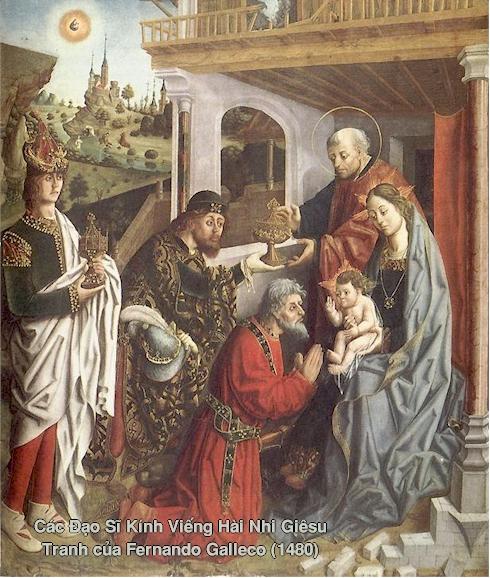